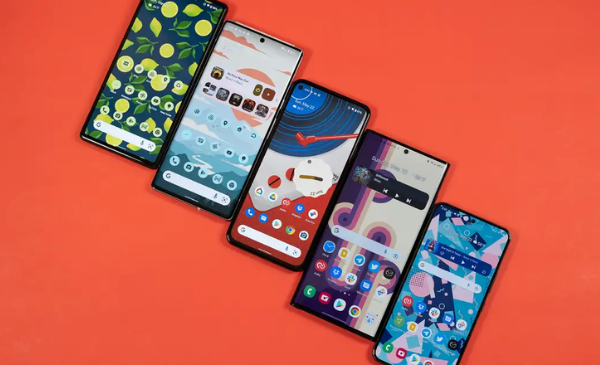 Phone 1 is Nothing’s first smartphone, and it has a lot to live up to. OnePlus supporters are hoping for a return to form with Carl Pei’s first endeavour since he left the business. And in fact, the startup is using a lot of the same hype and marketing strategies that OnePlus used in its early days. Since the phone’s existence was established, nothing’s hype machine has been running at full speed. Nobody in North America will be able to purchase Nothing’s marketing ploy if you live in the United States. For example, you’re receiving nothing instead of the Nothing Phone 1.

A lack of US bands on Nothing’s list of compatible carriers was initially noticed by Evan Blass, who posted about it on his Twitter account. Later, the company confirmed to PCMag that the phone won’t be available in the United States or Canada at launch. You can use the Phone 1 in the US, however T-Mobile and AT&T don’t support VoLTE, and coverage is patchy on T-Mobile and non-existent on AT&T. Verizon consumers, on the other hand, have no recourse.

While we’d love to bring phone (1) to the entire community around the world, we’re focusing on home markets, including the UK and Europe, where we have strong partnerships with leading local carriers. It takes a lot to launch a smartphone as you know, from ensuring the handset is supported by the country’s cellular technologies to carrier partnerships and local regulation, and as we’re still a young brand we need to be strategic about it.

As a bright spot, though, nothing has stated that it aims to introduce a US-supported phone in the future, but it will require genuine carrier support to get there. While certain private investors of the firm will get access to the Phone 1 in the US via a closed beta programme, it doesn’t seem that most individuals will have the ability to participate in this closed beta programme.

We have big plans to launch a U.S. supported smartphone in the future. For now, a limited number of our private community investors in the U.S. will be able to get their hands on phone (1) through a closed beta program. In the meantime, if readers really want phone (1) to be available in the US as soon as possible, they should call their carrier to let them know about us.

What a bummer after hiring US-based talents like Marques Brownlee to assist with marketing. There is nothing new about carrier compatibility holding up US phone launches, but Carl Pei didn’t let that stop him. Prior to the OnePlus 6T, all previous OnePlus phones were offered in the United States in unlocked form, including the original OnePlus One, which was released in 2013.

However, Carl Pei does not have the support of a large Chinese corporation this time, and this is the first smartphone release of the firm. It’s understandable, given the difficulty of ensuring US network compatibility. This announcement is likely to upset fans who have been anticipating Nothing with bated breath.