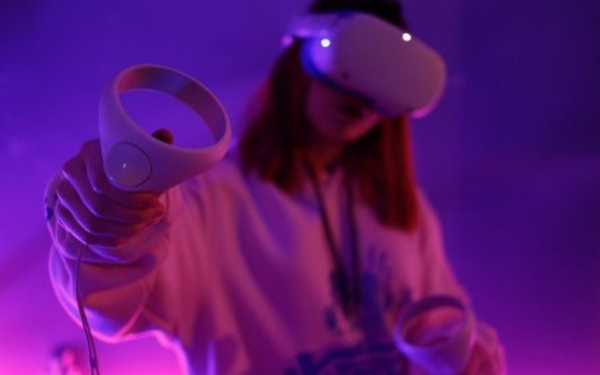 On Monday, Meta announced that it will be expanding its collaboration with the NBA and the WNBA to bring more than 50 live games to virtual reality on Meta Quest. Back in 2020, Meta inked an agreement with the NBA making the Meta Quest its official headset.

The Xtadium and Meta Horizon Worlds services will provide a bundle of 52 live NBA games, with five of those games being 180-degree monosomatic VR experiences. Over the course of the season, Meta will also include a variety of WNBA, NBA G League, and NBA 2K League contests. Highlights, recaps, and historical material from games will also be available in Meta Horizon Worlds.

Beginning today, fans of the NBA in Meta Horizon Worlds may gather in the NBA Arena to cheer on their favourite teams, play interactive minigames, and watch NBA content together. According to Meta, in the near future, users who subscribe to NBA League Pass will have access to even more material within the app.

Along with the partnership announcement, Meta stated that in the following weeks, NBA-licensed gear would be available in the Avatar Store. Avatars may now be outfitted with official NBA and WNBA merchandise, which can be proudly shown on social media platforms including Facebook, Instagram, Messenger, and Meta Quest.

Meta Director of Sports Media and League Partnerships Rob Shaw wrote in a blog post that the company’s virtual reality technology was allowing NBA fans to become more involved with their favourite teams. In addition to watching more live NBA games and experiencing NBA League Pass in a more social and interactive way, fans will be able to display their enthusiasm by sporting their favourite team’s clothing on Avatars.