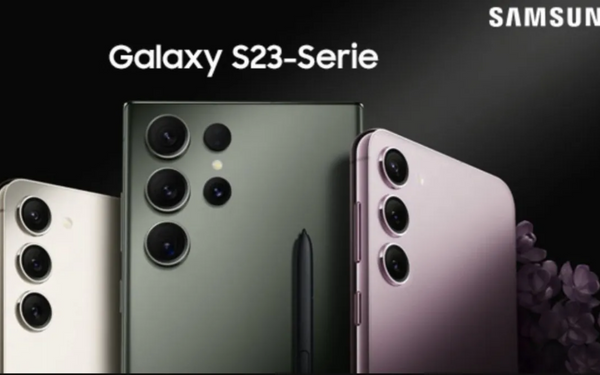 Think of the crew responsible for keeping information about the Samsung Galaxy S23 under wraps; they have their work cut out for them. Today, we bring you a hands-on video of the device as the latest sneak glimpse.

Instagram user @sondesix has reposted a video that appears to have been recorded in a Nicaraguan supermarket. Both the green Ultra model and the camera in action are shown in this clip.

The hands-on video doesn’t show us anything we haven’t previously seen in the leaked renderings for the Samsung Galaxy S22 Ultra’s successor, but it is intriguing to see the device in action.

Photos of the Samsung Galaxy S23 Ultra in black, green, cream, and lavender have also surfaced online, confirming the existence of the device in those hues. The foreknowledge appears to have been mostly accurate here.

Photos of a white Samsung Galaxy S23 Ultra, supposedly obtained from Facebook Marketplace, have also been shared by the same source. The newest series of leaks indicates that the phone is almost ready to hit shop shelves throughout the globe.

The Galaxy S23 has been widely reported about in recent weeks, leaving Samsung with nothing to surprise us with. On February 1, during Samsung’s upcoming Unpacked presentation, we will get our first official look at the new devices, including the Ultra variant.

A smartphone with reputable leaks

Even by the standards of the phone business, there has been an awful lot of information disclosed about the Galaxy S23 before to the debut, and we’re used to reporting on leaks around future phones like the Google Pixel 8 and the Apple iPhone 15.

Executives at Samsung may be irritated by this, since they likely want to keep as much information about the phone under wraps as possible until its formal launch. The large, anticipated release of the Samsung Galaxy S23 in February may lose some of its lustre if these leaks continue.

However, they do show that people are curious about the flagship. Leaks regarding the phone are marginally better than silence, which is the norm for many other smartphones.

It’s problematic since many other parties become engaged once a device enters mass manufacturing, unlike when it’s being designed in-house. Samsung is learning the hard way that this makes it challenging to keep everything under wraps in the lead-up to the February 1 event.