Even more light pollution than what satellites show us 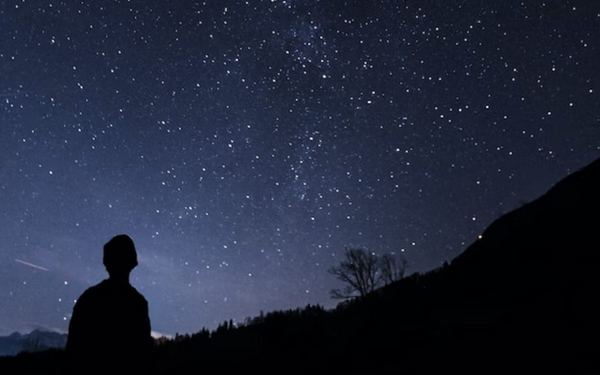 In recent years, the sky’s brightness has increased by an annual average of 10%, according to studies. This is a lot more than what was predicted using satellite data, which placed the yearly growth rate closer to 2%.

That is to say, the rate at which light pollution has increased has been far more than projections had said it would. The satellites that are usually used to assess light pollution have been unable to completely follow the rise in the popularity of LED lighting throughout the globe.

Human-caused light pollution has been increasing at a pace of nearly doubling of the night sky’s brightness every eight years. To put it another way, a kid born in an area with 250 visible stars at night would only be able to see 100 of those stars by the time he or she was 18.

The finding, which was announced Monday in Science, relied on the efforts of tens of thousands of amateur astronomers from all across the globe. The LEDs, a major source of the issue, were not picked up by the satellites, but the citizen scientists were able to compensate.

When a child is born into a region with a night sky containing 250 stars, the child will only be able to see 100 of those stars by the time he or she is 18 years old.

This disparity arises because older satellites cannot detect the increasingly common LED lighting of the previous decade. In many areas, inefficient light bulbs have been swapped out with LEDs due to the savings they provide in both money and energy. As a result of the low cost of this technology, they have also lighted up many areas that were previously in the dark during the evening hours.

But the previous versions of LEDs tended to generate blue light (although it is typically advertised as “white” light), which scatters more efficiently over our sky. In addition, the lower wavelengths emitted by these “white” LEDs are undetectable by the older satellites.

However, people are more attuned to the shorter wavelengths associated with stronger orange light. Based on data from the National Science Foundation’s “Globe at Night” initiative, which gathered observations from citizen scientists between 2011 and 2022, the new research presents some interesting findings.

The participants were asked to rate the brightness of the night sky by comparing what they observed to digital star maps. Although data from all over the world was gathered, it should be noted that North America and Europe contributed more than any other areas. Therefore, it may be underestimating the magnitude of the issue due to a lack of data from economically growing nations, where light pollution is rising more continuously.

Pollution has far-reaching effects on Earth’s biota and inhabitants. The sleep hormone melatonin may be disrupted by exposure to bright light. Insomnia has several deleterious implications on health, including an increased chance of developing chronic diseases, and this is supported by extensive research.

The use of artificial lighting has the potential to negatively impact agricultural production by discouraging pollination and driving away beneficial insects. Some bird species rely on starlight for navigation, which may be obscured by moonlight and city lights. The ability of fireflies to communicate with each other by shining their own light is hindered by light pollution, and the howling of coyotes, which is most audible during the night of a new Moon, may be muted as a result.

Too much artificial light late at night may cause a variety of issues, some of which can be easily remedied. When no one is in the area, motion sensors may reduce lighting or turn them off completely. The current generation of lights might be replaced with newer LED bulbs that are less blue. During the height of the epidemic, the United Kingdom actually saw a decrease in light pollution as businesses turned down their lights at night. And maybe the next generation of satellites will be able to monitor global light pollution more accurately. While we are aware of the issue and its severity, the latest research demonstrates that our response has lagged behind.

In a separate publication, physicists Fabio Falchi and Salvador Bará remark on the recent data published in Science, arguing that people should reevaluate their respect for urban lighting. The report concludes, “They do not recognise that these are representations of pollution.” That’s like appreciating the gorgeous rainbows that gasoline spills into water without realising that it’s toxic pollution.