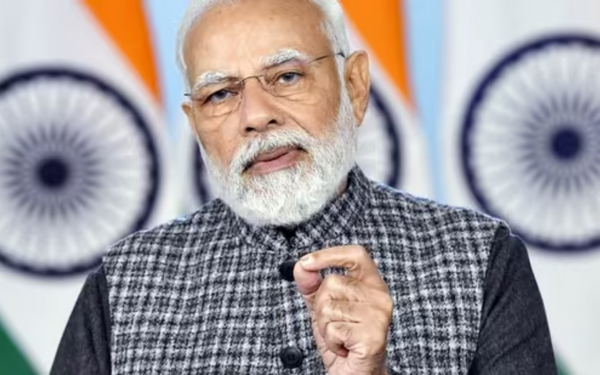 A BBC documentary that is critical of Indian Prime Minister Narendra Modi has prompted the Indian government to demand that YouTube and Twitter remove any and all related content.

On Saturday, Kanchan Gupta, an adviser to the Indian Government of Information and Broadcasting, stated that the ministry had issued instructions “for censoring several YouTube videos” and “over 50 tweets” that referenced recordings from the first episode of the BBC programme.

To remove anything that “potentially impacts India’s good ties with other nations as well as public order within the country,” the ministry issued the directives under the IT Rules,2021, which provides the government this power. He said that the instructions were followed by both YouTube and Twitter.

The BBC programme was “hateful propaganda,” according to Gupta. The BBC’s “malicious documentary” “throwing aspersions on the authority and legitimacy of Supreme Court of India, creating tensions among diverse Indian groups, and making unfounded charges,” he said in a Twitter thread, after many ministries evaluated it.

The documentary has not shown on BBC in India.

The first segment of the BBC documentary “India: The Modi Question” premiered on January 17. The series focuses on the sectarian riots that occurred in Modi’s home state of Gujarat, in western India, in 2002. It is estimated that about 250 Hindus and almost 800 Muslims lost their lives during the riots.

A fire on a train carrying Hindu pilgrims sparked the outbreak of rioting.

It wasn’t until ten years later that a Special Investigation Team constituted by India’s highest court concluded that Modi had really taken action to quell the rioting. Last year, a second petition challenging Modi’s acquittal was thrown out.

According to the series’ website description, “repeated charges concerning the attitude of his government towards India’s Muslim community” have dogged Modi’s administration.

This series seeks to answer doubts regarding Modi’s politics toward India’s largest religious minority by looking into the veracity of these claims and analysing his personal history.

Indian foreign ministry spokesman Arindam Bagchi called the film “propaganda work meant to sell a specific discredited narrative” this week. The lack of impartiality, the preconceived notions, and the lingering colonial mentality are all plain to see.

This video or documentary provides a commentary on the organisation or persons responsible for recirculating this story. This whole thing makes us suspicious of the motivations behind it, and we have no desire to give such an activity any credence.

According to the BBC’s official announcement, the programme delves at the politics of Indian Prime Minister Narendra Modi in light of the ongoing conflict between the country’s Hindu majority and its Muslim minority.

We adhered to the highest standards of journalistic integrity in our research for this documentary. We have included a variety of perspectives, including those of members of the BJP [India’s ruling party] who were contacted and whose testimony was included. According to a BBC spokeswoman, “we offered the Indian Government a right to comment to the concerns presented in the series, and it declined to answer.”

It’s not the first time a film about Modi has caused controversy. With over 300 million subscribers and ownership by Disney, Hotstar is India’s most popular on-demand video streaming service. However, it recently removed an episode of “Last Week Tonight with John Oliver” because it was critical of Modi. In India, an uncut version of the show broadcast on YouTube.