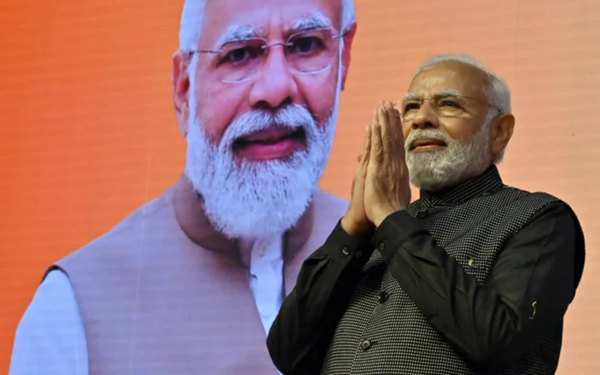 The Indian government has requested that any tweets and videos referencing a BBC programme that criticises Prime Minister Narendra Modi be removed.

On Saturday, Kanchan Gupta, an advisor to the Indian Ministry of Information and Broadcasting, stated that the ministry had given instructions “for banning several YouTube videos” and “over 50 tweets” that included embedded footage from the first episode of the BBC documentary.

This directive was issued under the Information Technology (IT) Rules, 2021, which give the ministry the power to remove content that it determines threatens India’s sovereignty and integrity and “potentially impacts India’s friendly relations with foreign countries as well as public order within the country,” as Gupta put it. According to him, the requests were met with compliance from both YouTube and Twitter.

According to Gupta, the BBC programme is “hateful propaganda.” He tweeted that the BBC’s “malicious documentary” had been reviewed by the Ministry of External Affairs (MEA), the Ministry of Home Affairs (MHA), and the Ministry of the Interior and Borders (MIB), all of which concluded that it “cast aspersions on the authority and credibility of Supreme Court of India, sowing divisions among various Indian communities, and making unsubstantiated allegations.”

The documentary has not shown on BBC in India.

The first segment of the BBC documentary “India: The Modi Question” premiered on January 17. The episodes focus on the sectarian riots that occurred in Modi’s home state of Gujarat in 2002. According to government statistics, approximately 250 Hindus and almost 800 Muslims lost their lives during the unrest.

A train full of Hindu pilgrims caught fire, sparking the outbreak of violence.

Ten years after the riots, a Special Investigation Team formed by India’s highest court found that Modi had effectively put an end to the unrest. Last year, a second petition challenging Modi’s acquittal was thrown out of court.

According to the series’s website description, “repeated charges concerning the attitude of his government towards India’s Muslim community” have plagued Modi’s administration.

“This series investigates the truth behind these allegations and examines Modi’s backstory to explore other questions about his politics when it comes to India’s largest religious minority.”

Indian foreign ministry spokesman Arindam Bagchi called the film “propaganda work meant to sell a specific discredited narrative” this week. The lack of impartiality, the slant, and the persistence of a colonial mentality are all plain to see.

This video or documentary provides a commentary on the organisation or persons responsible for recirculating this story. We have to question the motivations behind this activity, and we’d rather not give such actions any credence.

The programme, according to a BBC release, “explores the politics of India’s PM Modi in the context of the tensions between the country’s Hindi majority and Muslim minority.”

The documentary was produced with the utmost attention to detail and accuracy. We contacted several sources, including witnesses and specialists, and highlighted a broad variety of viewpoints, including those of members of the BJP [India’s governing party]. The Indian government was given the opportunity to react to the allegations made in the series, but they rejected, according to a BBC representative.

It’s not the first time a film about Modi has sparked controversy. Hotstar, which is owned by Disney and has over 300 million subscribers in India, would not allow an episode of HBO’s “Last Week Tonight with John Oliver” that was critical of Modi to air. In India, an uncut version of the show was uploaded to YouTube and broadcast there.