With 5G and Bluetooth fixes, the most recent Android 13 QPR2 beta is now available 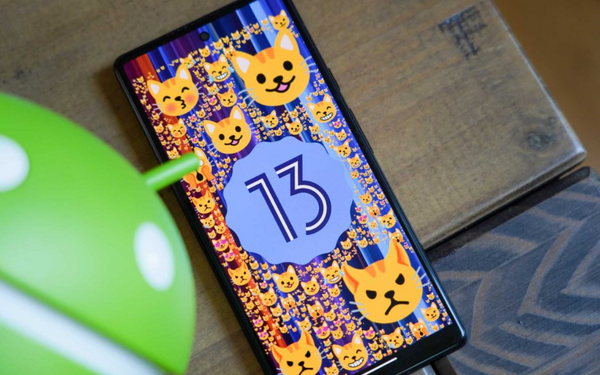 On Friday, a new update will be delivered to Pixel smartphones that have signed up for the Android 13 beta. Just under 9MB is the size of the QPR2 Beta 2.1 update, which is highlighted by the scanty changelog provided by Google.

Only two bugs have been fixed in Android QPR2 Beta 2.1 (build T2B2.221216.008), according to the release notes. The first deals with a problem that prevents phones from automatically connecting to 5G networks, which can be aggravating because you’re not utilising your network speeds to their full potential.

The second fix is for Bluetooth connections that are encrypted:

Fixed a problem where, after receiving a command to disable link-layer encryption for a connection, devices would not drop or reset an existing, encrypted Bluetooth connection.

The second Android 13 feature drop, which is anticipated in March, will be set up by QPR2. A 1080p mode for the Pixel 6 Pro, lock screen shortcuts, a temporary taskbar for devices with large screens, changes to work profiles, and more have all been hinted at in previous betas.

Due to the following change on the QPR2 Beta 2, Google also appears to be preparing support for dual eSIM support, as some Pixel 7 owners have observed:

Dual eSIM support seems to now be working for some Pixel 7 users! One user reports that the feature “just started working” for them on Android 13 QPR2 Beta 2. Is this working for any other Pixel 7 users? https://t.co/fjJNdRuUDOJanuary 20, 2023

Increasing eSIM support is always beneficial as we move closer to a world without SIM cards. However, despite the iPhone 14’s launch being months ago, many users point out that carriers continue to have issues with eSIM.

The Pixel 4a/5G and later smartphones are eligible for the most recent Android 13 beta. If you’ve signed up for the Android 13 beta, you can instal the update by going to Settings > System > System update.

The Pixel 6a offers the best value for your money because it offers flagship performance for about half the cost of most flagship phones. Additionally, it has excellent image quality, a long battery life, and a rather striking Sage colour scheme.