The TP-Link AX1800 Archer AX21 Dual-Band Wi-Fi 6 smart router has dropped to $99.99 at Amazon. You can find it going for a similar price at other retailers like Walmart. This matches the best price we’ve seen for this router, one it only hit once before during Black Friday. The router normally sells for $130 and rarely drops from that price at all. 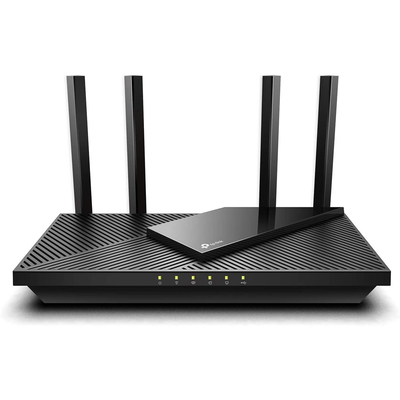 The dual-band router has faster speeds and a greater capacity than previous gens. Supports speeds up to 1.8 Gbps (1200 Mbps on 5 GHz / 574 on 2.4GHz). Easy setup with TP-Link app. Connect more devices without losing speeds.

TP-Link has always been one of the big names in routers. The company makes routers that are both super affordable while still being highly functional and crazy expensive with all the bells and whistles. Plus plenty of others in between. The AX1800 on sale here strikes a sweet spot in terms of affordability while still giving you some amazing Wi-Fi 6 speeds.

The router uses dual-band and Wi-Fi 6 technology for faster speeds, greater capacity, and reduced network congestion compared to previous generation routers. It’s capable of streaming, gaming, and downloading whatever you want. It can do all that with Wi-Fi speeds up to 1.8Gbps, and it achieves this with 1200 Mbps on the 5 GHz band and 574 Mbps on the 2.4GHz band.

Thanks to OFDMA tech, you can also rely on this router to keep you connected even when using a bunch of devices at once. Get your laptop, mobile device, smart home and all the devices from your family all connected without worrying about losing speed over time.

The AX1800 router also has Beamforming technology to help it focus signal strength across much larger distances. The four external high-gain antennas also help make sure you’re staying connected even in the corners of your home.

Download the TP-Link tether app for easy setup when you first get your router.

Check out how the AX1800 stacks up against more advanced competition and look at some of our other recommendations for Wi-Fi 6 routers.