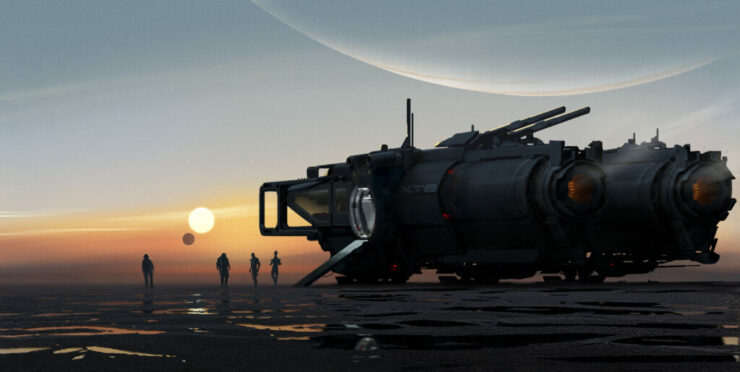 New Mass Effect artwork has been shared online, providing a new small look at the next entry in the series.

The new artwork, spotted by Eurogamer, has been taken from the BioWare: Stories and Secrets from 25 Years of Game Development book, shows structures that are quite reminiscent of Remnant architecture seen in Andromeda and the construction of a new Mass Relay.

Very little is currently known about the next entry in the popular RPG series. With a blog post celebrating N7 Day earlier this month, BioWare’s Casey Hudson confirmed that the new game is in development, alongside the Legendary Edition.

ME Legendary Edition will include single-player base content and DLC from Mass Effect, Mass Effect 2, and Mass Effect 3, plus promo weapons, armors, and packs – all remastered and optimized for 4k Ultra HD. It will be available in Spring 2021 for Xbox One, PlayStation 4, and PC, with forward compatibility and targeted enhancements on Xbox Series X and PlayStation 5. More information to come in the new year!

Meanwhile here at BioWare, a veteran team has been hard at work envisioning the next chapter of the Mass Effect universe. We are in early stages on the project and can’t say any more just yet, but we’re looking forward to sharing our vision for where we’ll be going next.

The next entry in the Mass Effect series is currently in development for yet to be confirmed platforms.