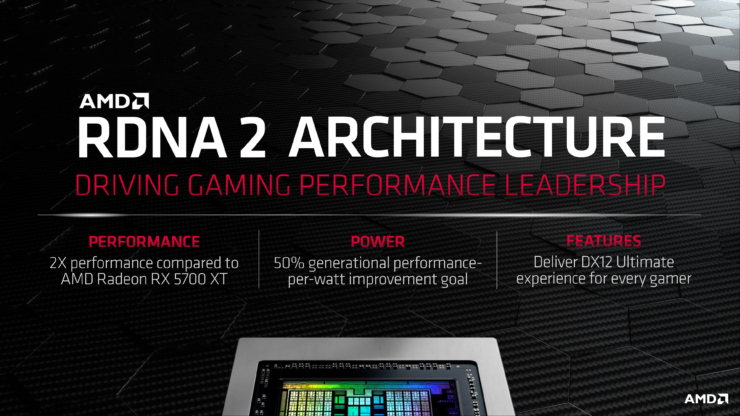 The release of the AMD Radeon RX 6800 Series has come as of the past week, and as with most launches, time marches on. People are looking to the next thing they can try and maybe get a chance to actually purchase, and this time it’s the Radeon RX 6700 Series. If ‘Big Navi’ was the Radeon RX 6800 Series, then we might end up referring to the RX 6700 Series as ‘Medium Navi’ as we’re expected to see ‘Small Navi’ come with whatever they call the Navi 23 lineup of GPUs.

But, thanks to our good and reliable source Patrick Schur over on Twitter and expounded on by VideoCards, we now have a bit better of an idea of what to expect out of the upcoming Radeon RX 6700 Series of graphics cards, which should include the Radeon RX 6700 XT and the smaller Radeon RX 6700.

Patrick lays out the details on the next installment of Radeon’s RDNA2 based graphics cards that will be coming to market, and they look quite promising when it comes to power consumption targets, and we now have a more clear picture of the memory they’ll be packing.

These would be the cards designed to replace the existing Radeon RX 5700 Series. That could give us a glimpse regarding expected pricing, but performance will be quite interesting to see since the power budgets are quite close. The improved efficiency of the RDNA2 architecture along with new features should put it comfortably right in between the existing RX 5700 Series and RX 6800 Series.

What will be really interesting to see is how memory performance pans out. Sure, it’s on a smaller 192-bit bus, but it could likely be sporting AMD’s new Infinity Cache design that really gave the RX 6800 Series an edge at resolutions like 2560×1440. Memory capacity will likely be a non-concern for gamers looking at this line as they’ll likely be targeting the ultra-high refresh 1080p or high fidelity 1440p gamers with the combined 12GB of VRAM they’ll be packing.

Patrick mentions that Navi 22 XTL could have a lower minimum TGP than 146w, which might have lead VideoCardz to mention that Navi 22 will be coming to notebooks to compete with those featuring GA104 based NVIDIA parts. VideoCardz mentions that the launch window for the Navi 22 based GPUs has been pushed up a bit, and we could expect to see them launching in January of next year (2021). 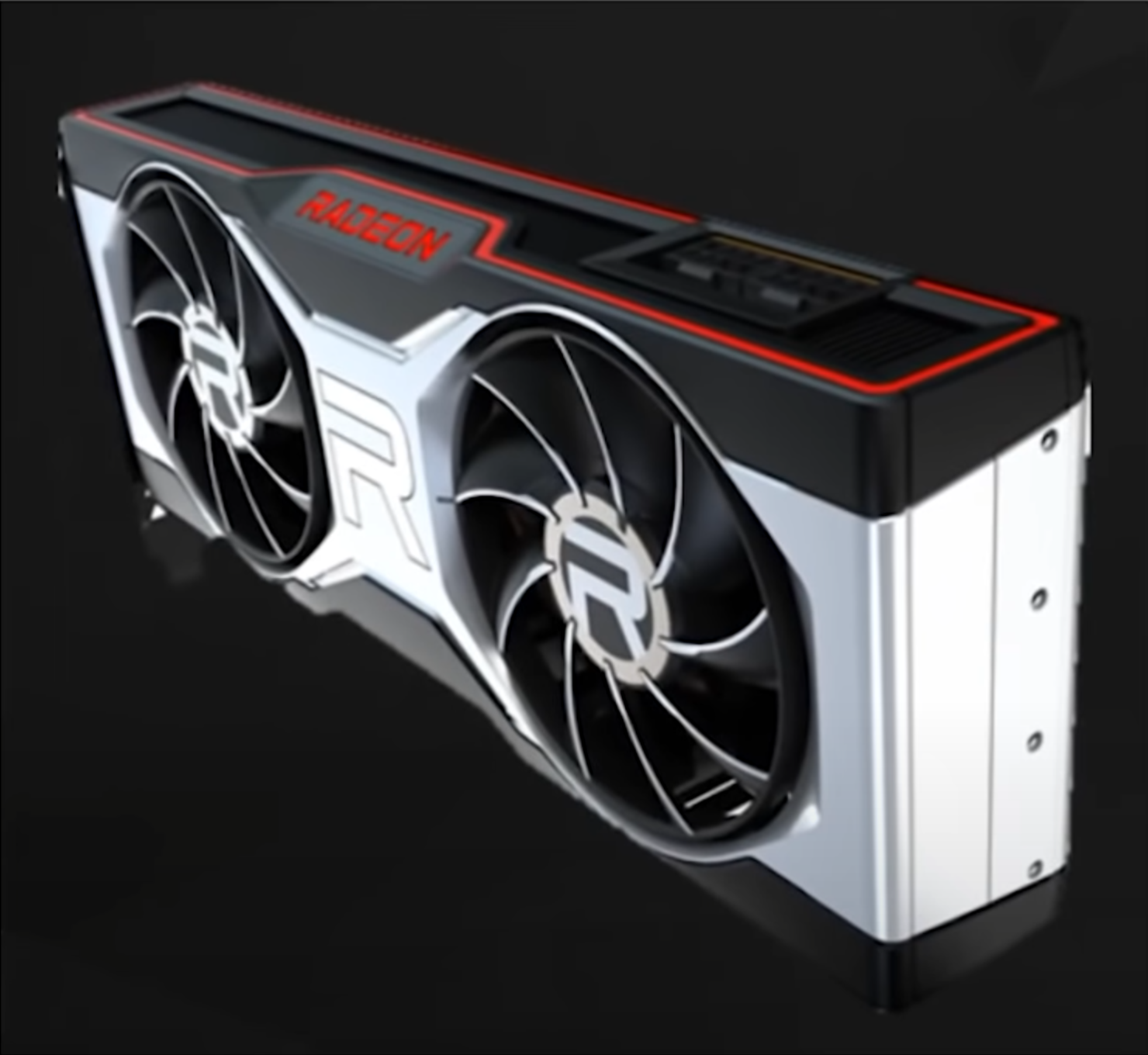 This is likely the card we’ll see use the other leaked cooler design (triple fan version came to fruition with Big Navi); the dual-slot card features a design similar to the triple-slot offering but with a slightly compact form factor. This shroud is said to be designed for the AMD Radeon RX 6700 series cards. The card features a dual axial-tech fan design and has the large “R” logo in the middle and on the fans representing the Radeon brand.

The card also features the LED-lit Radeon logo on the sides and has a large cut out to vent out the aluminum heatsink’s heat. There are two 8-pin power connectors on the card, but we may also see 8+6 or configurations for the more power optimized variants. The card also comes with a dual-slot form factor and should feature a similar I/O as the Big Navi graphics card. It is expected that this cooler should house the Navi 22 GPU, which is slightly smaller but still larger compared to AMD’s Navi 10 (RDNA 1) GPU for the Radeon RX 5700 series graphics cards.