MechWarrior 5 Mercenaries Confirmed for Xbox One, Series S and X 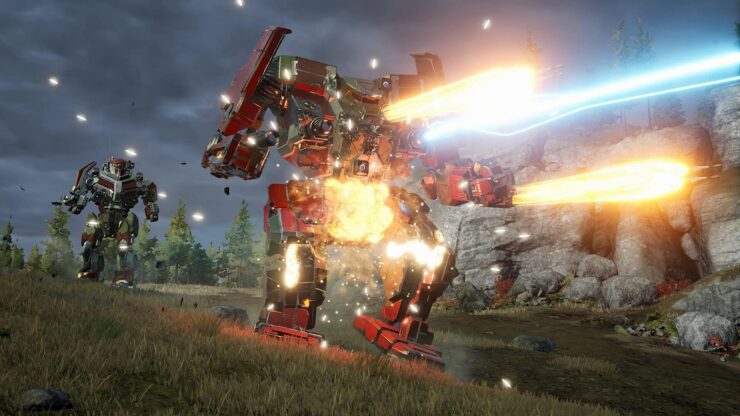 It’s been a while since we heard of MechWarrior 5 Mercenaries, the single player game launched almost a year ago as a timed Epic Games store exclusive. The Steam version was supposed to come out on December 10th, exactly one year after the original debut and alongside the ‘Heroes of the Inner Sphere’ DLC, but yesterday the developers at Piranha Games announced a delay for both to Spring 2021. Part of it has to do with the shifted date of Cyberpunk 2077, but the team also seeks to further improve the quality of the DLC and simultaneously release a console version for Xbox platforms next Spring.

[…] after much consideration and debate, we have decided that moving the release date of MechWarrior 5 Mercenaries DLC Heroes of the Inner Sphere to Spring 2021 is the right choice. This will allow us to fulfill that dream and more. We are excited and proud to announce that now, in addition to playing MechWarrior 5 Mercenaries on PC, it will also be available on the XBox Series X|S and XBox One. This will be the first MechWarrior title on a console since 2004’s MechAssault 2, and in our opinion, the first true MechWarrior experience ever on a console.

Along with the XBox release, this delay will allow us some additional opportunities that will benefit the game, as well as the MechWarrior community at large. First and foremost, the combined release on Steam, GoG, EGS, Microsoft Store, and XBox consoles will give us more exposure and a broader reach than we’ve ever had before. We will capitalize on this increased exposure with our largest marketing initiative to date, bringing as many new eyes to the MechWarrior franchise as possible. This will give us more time to add improvements and quality of life features to the base game, including AI, UI, art, customization, and content. We will continue to tune the single player campaign and new career modes, making running your Mercenary Unit the most rewarding experience possible.

Piranha Games also had more to announce than just these MechWarrior 5 Mercenaries news. The studio has entered into an agreement to be acquired by Enad Global 7, comprised of Toadman Interactive and Antimatter Games (both working on I.G.I. Origins), as well as Sold Out; the deal is worth approximately $24.14 million and, according to Piranha Games, it’ll allow the studio to ‘take MechWarrior titles to the next level’ in the future.