Google Ads are misused to promote adult and spam websites 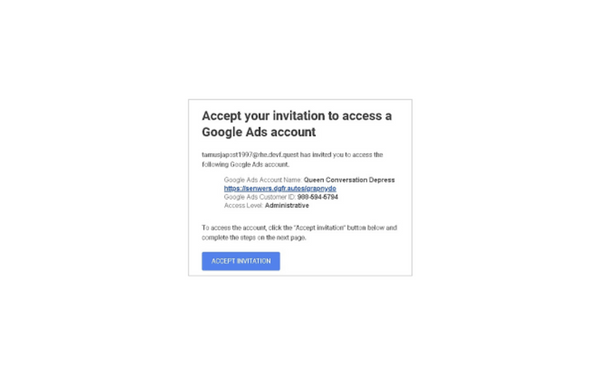 It has come to light that hackers have been misusing a Google Ads function in order to trick users into visiting pornographic and information-stealing websites.

Ads by Google, the advertising platform of the search engine giant, offers a function that lets users invite other persons to the account administrative interface.

Google’s official email address,[email protected], is used to send out invites. Since the emails appear to have originated from Google’s servers, most email spam filters do not flag them as spam and instead deliver them directly to the victims’ inboxes.

The links included in these spam messages take readers to questionable domains that offer explicit material. “appear to be geared to capture personal information from visitors” is how the New York Times described some websites. No more information was provided.

Still, the magazine notes that many individuals have gone to Reddit and other online communities to vent their anger at Google. Users of Google’s services should not have to be on continual alert for phishing schemes, as one user put it.

But Google appears to be cognizant of the novel ways in which its services are being used and is taking action to curb the problem. We have yet to see how long it will take for that effort to bear fruit.

Keeping Google’s customers secure is a top priority, and the company’s security staff are aware of the spammy material that has been circulating, according to a Google spokeswoman.