A new Moto 360 smartwatch powered by Wear OS was released last year, manufactured by eBuyNow instead of Motorola. It was a decent watch, but the original price of $350 was absolutely too much money. Now you can get it for a significantly better price: $129.99.

The Moto 360 has a 1.2-inch 390×390 fully-circular AMOLED screen, 8GB of storage, 1GB RAM, a Snapdragon Wear 3100 chipset, 3ATM water protection, NFC for Google Pay, and built-in GPS. There aren’t many major drawbacks compared to other Wear OS watches, except the design is a bit bland. Mobvoi’s TicWatch 3 Pro has Qualcomm’s faster Wear 4100 chipset, but that watch costs $300. 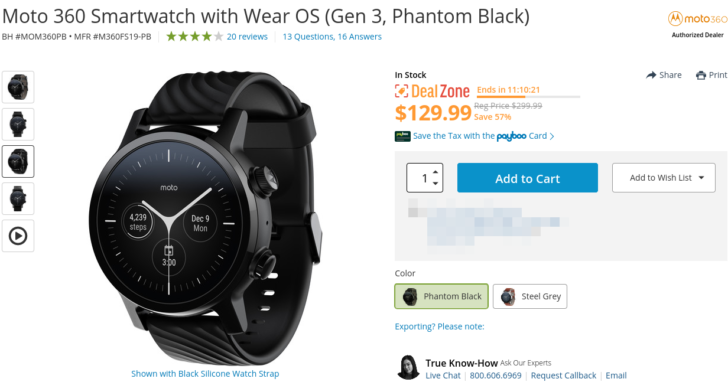 The watch is on sale for today only at the link below. If you’re on the fence, check out our review of the Moto 360 from earlier this year.