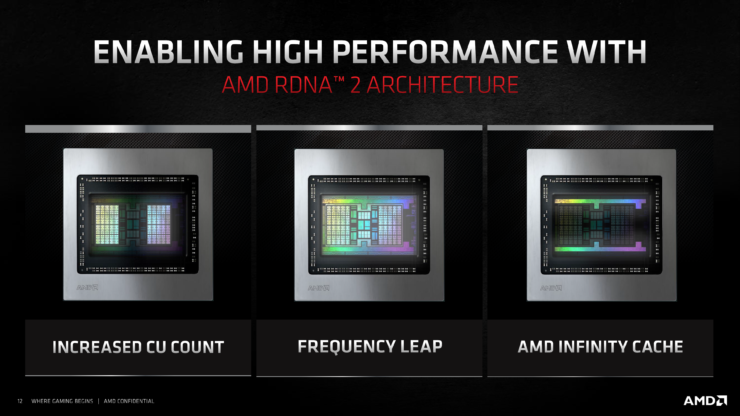 AMD seems to be testing several RDNA 2 based Radeon RX 6000M mobility GPUs internally and early information on a Navi 23 and Navi 24 discrete chips for the laptop segment has leaked out. Reports by Twitter insider and leaker, Patrick Schur, AMD is working on several mobility SKUs based on the Navi 23 & Navi 24 line of GPUs.

According to Patrick, AMD has several SKUs in the work for its Radeon RX 6000M family. It looks like AMD will initially be introducing mainstream and entry-level variants based on the Navi 23 and Navi 24 GPU design. The Navi 23 and Navi 24 GPUs haven’t seen a desktop release yet. The upcoming RX 6700 series will be making use of the Navi 22 GPUs so we are looking at the Radeon RX 6600, 6500 & 6400 series cards based on the naming convention.

It is detailed that AMD is planning at least three Navi 23 mobility GPUs for its RX 6000M family. The lineup will include a 90W, an 80W, and a 65W SKU. These power figures are based on the TGP (Total Graphics Power). It is likely that the TBP would be slightly higher but we don’t expect it to be much higher than 100W since these are mobility designs and don’t feature the same board designs as the desktop variants.

AMD is planning Navi 23 mobile variants with TGP target of 65 W, 80 W and 90 W. Targets are preliminary and subject to change. 🧐

We are most likely to get performance similar to the Radeon RX 5700M series mobility GPUs with higher efficiency. It will be interesting to see if AMD puts 8 GB or goes with higher memory configs on Navi 23 GPUs. AMD’s Navi 22 ‘Radeon RX 6700’ GPUs are expected to feature up to 12 GB VRAM which is 4 GB more than its predecessor. An 8 GB memory would be a 2 GB increase over the RX 5600M. We can also expect frequencies around the 2 GHz mark for the mobility parts.

AMD is also testing at least two variants of the Navi 24 GPU. The Navi 24 XM GPU will have a cTGP (Configurable Total Graphics Power) ranging from 35W, 42.5W, and all the way up to 50W. Laptop makers will be deciding which TGP to select for their own designs. Premium models with improved cooling solutions should be utilizing the 50W variant. 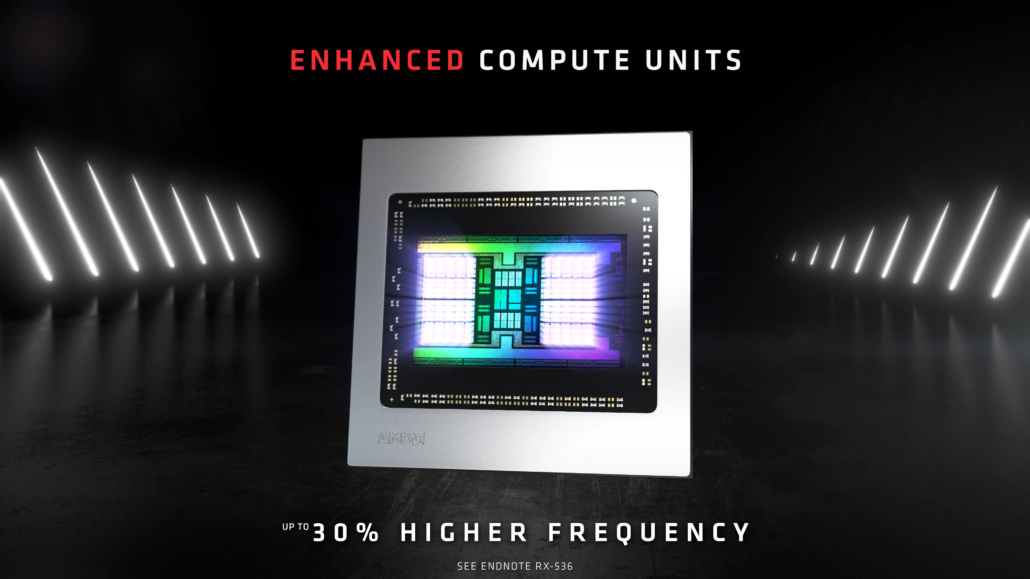 We can expect AMD to compete directly with mainstream GeForce RTX 30 mobility GPU in the laptop segment. These models would be fully integrated on Lucienne and Cezanne based Ryzen 5000 gaming notebooks that are hitting shelves in the first half of 2021. What’s going to be more interesting is if AMD deploys a small yet still useful amount of Infinity Cache on these GPUs.

The flagship designs feature up to 128 MB of Infinity cache and a smaller 32 MB Infinity Cache could be adopted by the mainstream chips. As for SAM functionality on notebooks, that will be another key feature if enabled by AMD. Expect AMD’s Radeon RX 6000M to be announced at CES 2021 along with the Ryzen 5000U / Ryzen 5000H mobility lineup.